Rugby Parma: 90 years of rugby in the Ducal City

It was 1931 when the first rugby team in Parma was founded, taking the definitive name of Rugby Parma in 1946 in the post-war period. After 80 years of playing on the most prestigious rugby stages in Europe, in 2011, the Emilian club guided by president Bernando Borri decided to abandon professionalism and focus on young people and their sporting education.

In 80 years at a professional level, Rugby Parma's trophy cabinet has been enriched with 3 Italian Senior Championships, 3 Italian Junior Championships, 3 Italian Cups and 1 Italian Super Cup. These laurels are all kept in the Museum named after Silvio Bocchi, a symbol of Parma's rugby history. In 2019, before the pandemic saw two seasons be cancelled, Rugby Parma's youth won the Under 16 Championship. Now they aim to reach the A series to give continuity to the movement.

GROWING THE ATHLETES OF TOMORROW

"Our objective is to give value to the educational journey of our young players. - explained president Borri - "We aim to teach rugby in a fun way without performance anxiety, creating a healthy and welcoming environment that allows children to grow and mature as athletes and as people." Despite the difficulties linked to the pandemic, the constantly increasing numbers reward the seriousness of the project and of the initiatives currently in the pipeline. It is important to have a long-term vision, as Roland De Marigny - director of rugby for the Gialloblù - explains: "We are not only investing in today's results, but we are also building future ones through a multi-directional approach that fosters the development of skills, technique and agility. We aim to be the reference club in the area and potentially even at the national level".

Striving to be champions both on and off the field. This is the spirit that distinguishes Rugby Parma and Cuori Gialloblù, an initiative through which members and families of the club can get involved in the activities that charitable associations carry out to support the people of the territory who are most in need. Among the many projects, one, in particular, aimed at raising funds for the Public Assistance of Parma, is carried out in partnership with the Emilian club’s technical partner Macron. This project is a prime example of how the relationship between club and sponsor can be further enriched through value-driven initiatives. 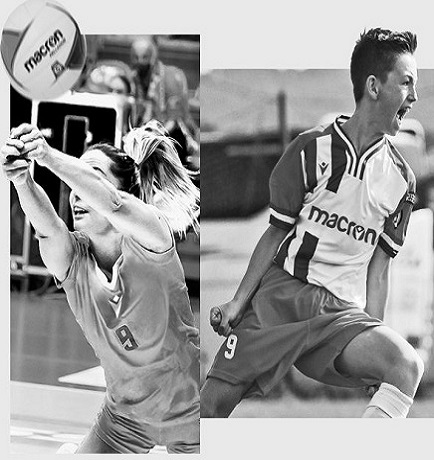